General Hospital, next week’s spoilers show Ava Jerome livid and ready for battle in the week of December 12 – 16 on GH. Take a look into next week with early spoilers for the ABC daytime drama.

But what will set Ava off is finding out that Esme’s pregnant with Nik’s baby. Later, Ava prepares for war. So, Ava might be ready to divorce Nik and clean him out, hint General Hospital spoilers. 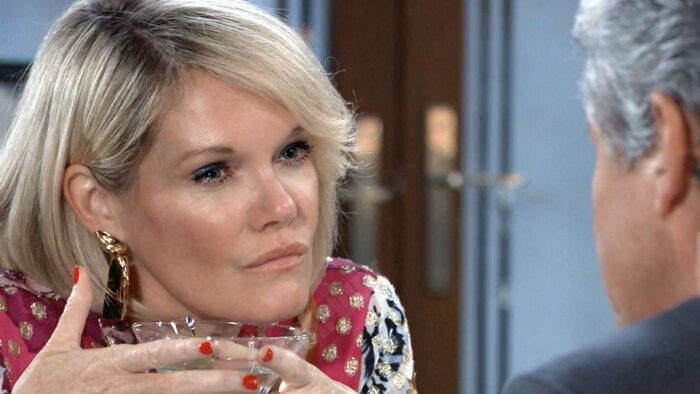 Plus, Ava Jerome will want to put the teen psycho in prison to protect Trina Robinson (Tabyana Ali). Indeed, she won’t stop until Esme pays, and Nik suffers. Elsewhere, Hamilton Finn (Michael Easton) is beside himself.

So, he might learn that Elizabeth Webber (Rebecca Herbst) is helping Nik with something risky. Then, Liz panics, and Nik pushes back against Esme on General Hospital.

Ryan has unfinished business with Heather. And GH spoilers suspect that she’s Esme’s mother. Soon, they put an evil plan in motion, and no one is safe.

Then, Jordan Ashford (Tanisha Harper) praises Rory. Later, Trina’s heartbroken. So, Rory may become the next victim of The Hook or get killed in the line of duty. After that, Spencer Cassadine (Nicholas Chavez) loses his cool.

But his grandmother Laura Spencer (Genie Francis), defends him. GH is heating up. Watch daily to see Ava Jerome go into fight mode on the ABC sudser.

Stories to Make You Smile